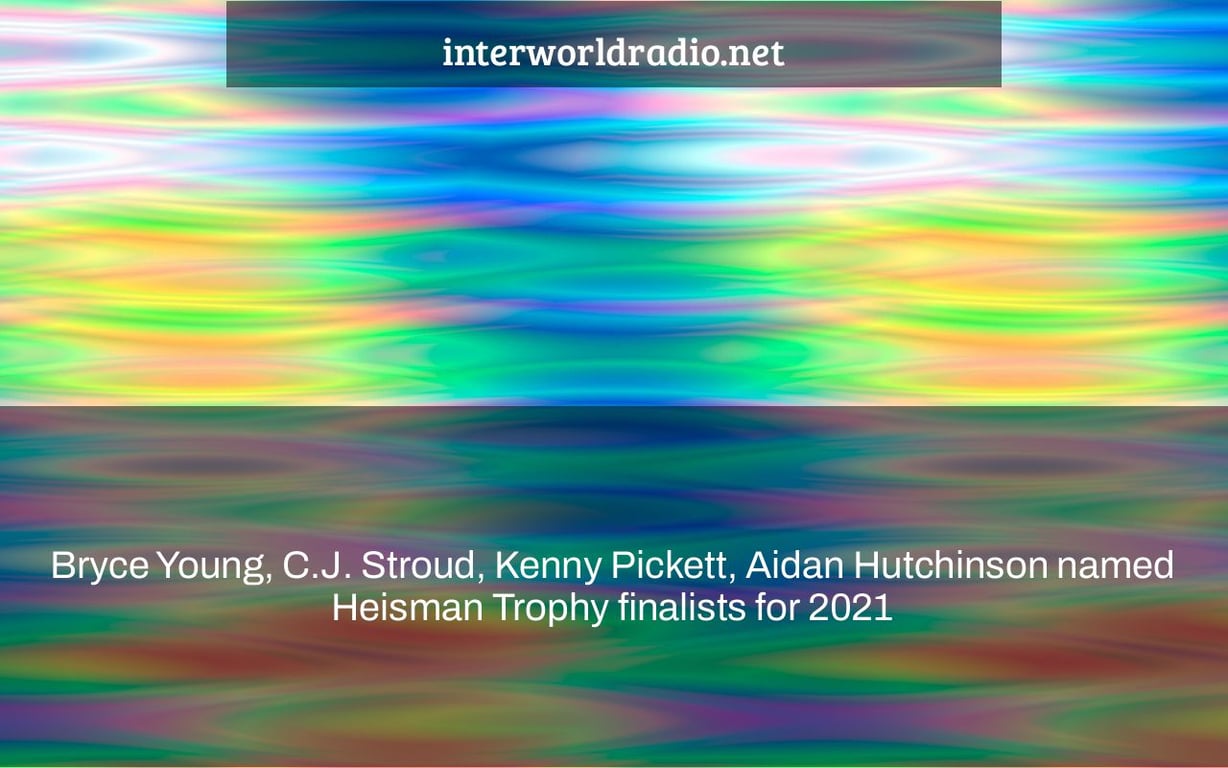 Three quarterbacks led the candidates during a 2021 season in which there was no apparent front-runner until November and which was marked by outstanding defensive efforts.

Quarterbacks have dominated the award in recent years, winning 17 times since 2000 and four of the previous five. DeVonta Smith of Alabama was the first wide receiver to win the Heisman Trophy since Desmond Howard in 1991.

Young, a sophomore, was a preseason favorite, but it was defensive players like his teammate linebacker Will Anderson Jr., Georgia defensive lineman Jordan Davis, and Hutchinson who shone out as the season progressed.

Young, who is in his first season as a starter, is now the clear favorite to win the award after passing for 421 yards and three touchdowns in a 41-24 victory against the then-top-ranked Bulldogs in the SEC championship game on Saturday.

Young, who spent his rookie year as a backup to Mac Jones, concluded the regular season with 4,322 yards passing, 46 touchdowns (three on the run), and just four interceptions while completing 68 percent of his throws.

Hutchinson, the Big Ten Defensive Player of the Year, has been the defensive anchor and hammer for Michigan’s stalwart defense. He has 58 tackles and 14 sacks (a single-season Michigan record and second in FBS), and he made national headlines with his performance against Ohio State. Hutchinson had a season-high seven tackles and three sacks against the Buckeyes in a contest that would ultimately lead the Wolverines to the Big Ten title game and the College Football Playoff.

Todd McShay’s newest draft rankings for 2022 had Hutchinson as the top overall talent.

Pickett’s narrative sticks out among the four finalists since he is the oldest. He joined the Panthers in 2017, became their full-time starter in 2018, and suffered through a few lackluster seasons until receiving an additional year of eligibility due to the pandemic-shortened 2020 season.

The 23-year-old burst out in his fifth season at Pitt, setting the ACC record for most touchdown passes with 43, surpassing Jameis Winston and Deshaun Watson. He also contributed 4,319 throwing yards and a 67.2 completion %, as well as the ACC championship for the program.

Stroud is the youngest of the group, but he topped the nation in QBR and threw for 3,862 yards and 38 touchdowns, both of which were tops in the Big Ten. The Southern California native was selected Big Ten Freshman of the Year and Offensive Player of the Year, among other honors. Stroud would join Johnny Manziel and Winston as the only freshmen to win the Heisman Trophy if he were to win it.

The Heisman Trophy will be awarded in New York on Saturday (8 p.m. ET on ESPN), resuming to its regular schedule and date after being forced to postpone and go virtual due to the epidemic last year.

The Associated Press and ESPN’s David Purdum contributed to this story.

The “2020 heisman” is a term that refers to the Heisman Trophy, which is awarded annually to the most outstanding college football player in the United States. Bryce Young, C.J. Stroud, and Kenny Pickett have been named as finalists for the 2021 season.

Who are the Heisman finalists for 2021?

A: The finalists for the Heisman in 2021 are Lamar Jackson, Kyler Murray and Bo Scarbrough.

Who are the finalist for the Heisman Trophy?

A: The 2018 Heisman Trophy finalists are Baker Mayfield, Saquon Barkley and Mason Rudolph.

Where is the Heisman ceremony 2021?

A: The 2021 Heisman ceremony will be held in Atlanta at the Georgia Dome.

No Way Home’ ticket sales overtake ‘No Time To Die’ and ‘Avengers: Endgame’