In an apparent case of mistaken identity, a South African man was filmed yelling at US Vice President Joe Biden and his wife Jill for not being born in Africa. The video quickly went viral with many commenters saying that the man had confused the vice president’s name with Omicron from “Om.” 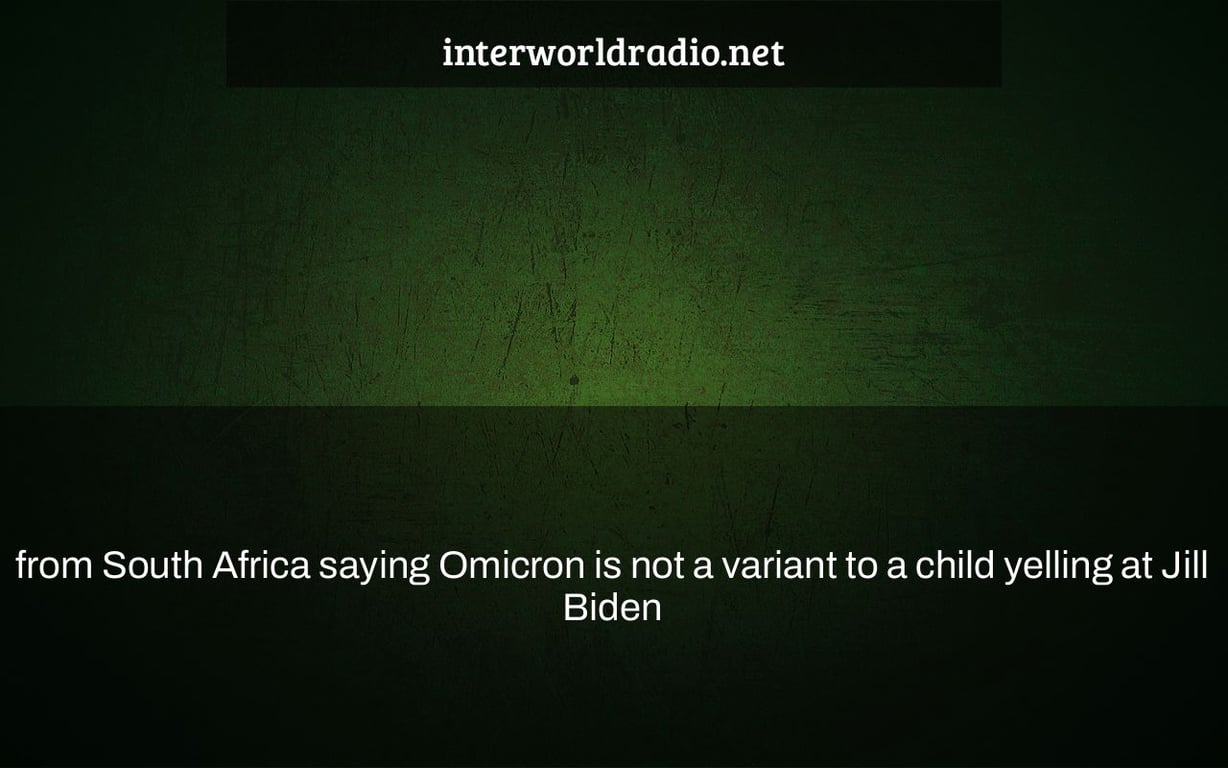 The world of journalism is complicated, and fake news and photographs are often disseminated on social media. Every week, the editorial staff at Blasting News identifies the most common hoaxes and incorrect information to help you distinguish truth from untruth. Here are some of the most widely circulated misleading statements this week, none of which are true.

There is no proof. COVID-19 vaccinations have been connected to athletes passing out due to cardiac problems.

False claim: On social media, individuals have circulated footage of athletes fainting on the field, along with the assertion that COVID-19 vaccinations are related to an upsurge in athletes dying from cardiac problems such myocarditis.

Jill Biden was not yelled at with an obscenity by a child.

False claim: A video has gone viral on social media purporting to show a youngster shouting “shut the f*** up” at first lady Jill Biden as she reads a tale at a White House function.

A poster for the 1963 film ‘The Omicron Variant’ has been doctored.

False claim: In the wake of the WHO’s announcement of the new Coronavirus variation known as Omicron, European Twitter and Facebook users posted a picture of a poster from a supposed 1963 film called “The Omicron Variant.”

Omicron is not a variation, according to a South African minister.

False claim: According to posts on social media in Brazil, South Africa’s Health Minister Joe Phaahla has said that Omicron is not a coronavirus variation, but rather an adverse response to COVID-19 immunizations.

The title of several of the postings states, “South Africa’s Health Minister believes UK government, Europe, and the media are lying about Nu/Omicron super variant.”

Néstor Kirchner, the late President of Argentina, did not die after being shot in the face.

False claim: Facebook users in Argentina have circulated a letter purporting to be written by a doctor called Ral Vizcano, in which he claims to have treated Argentina’s former president Néstor Kirchner on the day he died, October 27, 2010.

Kirchner’s face exhibited a gunshot wound, according to the purported doctor.

Posts erroneously claim that Voice of America reported on the United States.

was deploying forces to Ethiopia

False allegation: Ethiopian Facebook users say that US station Voice of America announced that US forces were prepared to deploy to Addis Ababa to aid the Ethiopian government in battling rebels marching towards the city.